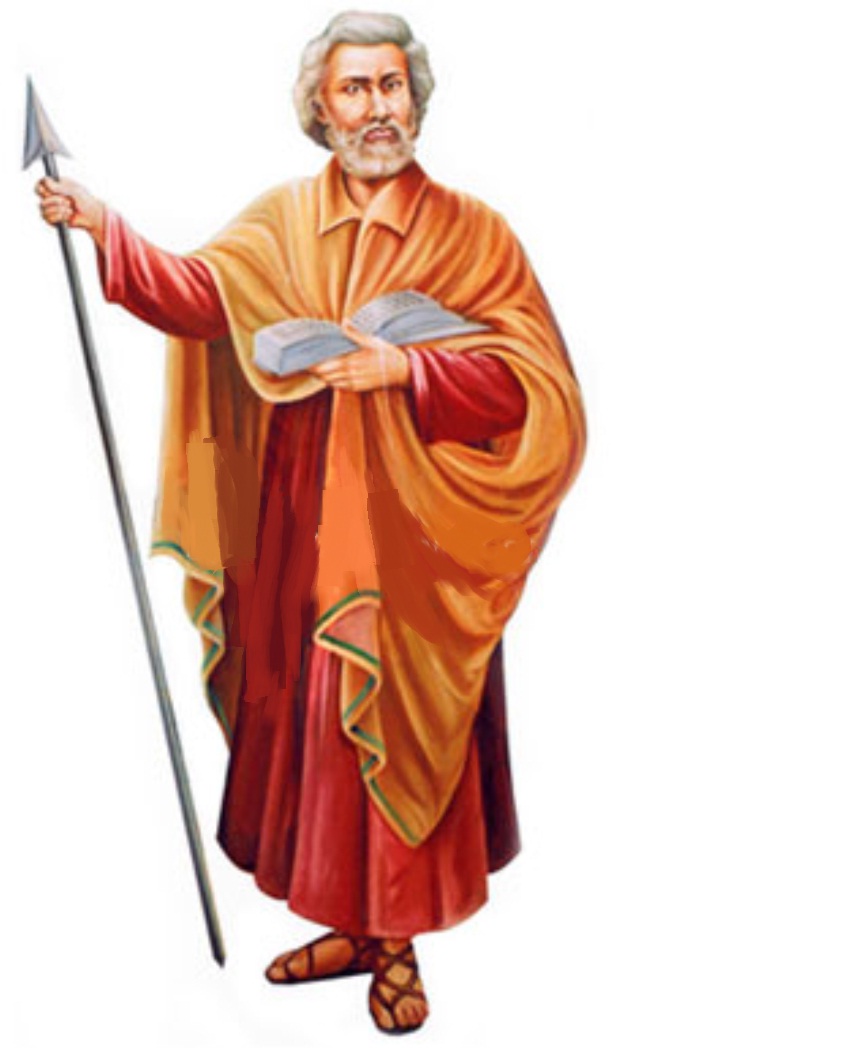 St. Thomas, a man of Galilee was called by Jesus, to become one of his disciples. "Let us also go and die with Him ", were the words of his profound faith and exemplary love for his matter when the other disciples feared being stoned by the Jews and they were scared to accompany Jesus to the house where Lazaraus had died. He has come to be called the Doubting Thomas from his refusal to believe in our Lord's Resurrection when told of it by the other Apostles. A week later, however, when he was present at our Lord's second apparition to his disciples, Thomas uttered that timeless act of faith: " My Lord and My God". These words showed his incredible faith and love for his master.

The missionary activities of St. Thomas after the dispersal of the Apostles are said to have been among the Persians and the Indians. St. Thomas is believed to have met his death by the spear at Mylapore and there the miraculous cross of St. Thomas is venerated.

Architects and Builders regard St. Thomas, as their Patron Saint on account of the Legend which tells of an Indian Prince giving him large sum of money for the erection of a magnificent palace, but that he convinced his patron of the advantage of laying up treasure in heaven instead by distributing the funds among the poor.